Who Will Lead Cloud Computing? Business And IT Have Different Ideas 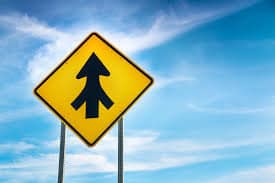 IT executives: We’re going to lead you into the cloud.

Business executives: Thanks, but we’ve got this covered.

A new survey of 930 executives suggests that business leaders are moving as quickly as they can to cloud-based solutions, regardless of whether their IT departments are along for the ride. This apparent disconnect stems from expectations “likely rooted in the business units’ desire for more agility and their concerns that central IT is too cautious in cloud adoption — especially public cloud adoption,” the survey’s authors deduct.

However, the survey, released by Rackspace, also suggests that IT leaders are getting more comfortable with cloud, particularly its security aspects. This may spur IT leaders to get out in front of the cloud movement, and evolve into brokers and advisors to their businesses, versus simply being the people that handle the machines. At least that’s the way IT leaders see their futures unfolding.

Increasingly, corporate IT departments have been seeking a greater role in identifying and selecting cloud-based solutions for the business. Enterprises overall are becoming comfortable with cloud technologies, the survey finds. IT concerns about cloud security have declined, down from 47 percent reporting it as a significant challenge in 2014 to 41 percent in 2015. As a consequence, central IT has increased its focus on public cloud, with 28 percent of central IT respondents reporting public cloud as the top priority in 2015 up from 18 percent in 2014.

At this point, more than 62 percent of executives in the survey report that a majority of cloud purchase decisions are now made by their central IT departments.In addition, 43 percent of IT teams are offering a self-service portal for access to cloud services, with an additional 41 percent planning or developing a portal.

The availability of cloud services for all types of needs has created a shadow IT reality that has grown well beyond the shadows. Business users directly procure their services, often seen as a workaround of slower, more cautious, IT departments. Ultimately, however, the future is in hybrid cloud, which requires skills in bringing outside online services together with on-premises assets. IT will play a role as advisor and broker for the business, identifying and procuring needed resources, whether they come from cloud services or enterprises’ own data centers.