Where the Cloud Really Lives

Imagine the cloud, what do you think of? One of the hottest buzzwords of recent years provokes a wide range of images – servers, computers, the sky and clouds, but how many of us actually know what it is? In reality, the cloud is anything but cloud-like. Interxion, a European data centre company, has given us a peek inside its own data centres to give a better idea of what the cloud actually looks like.

From the Outside: Data Centers 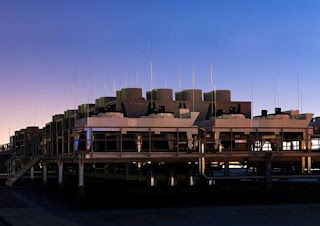 These are chiller units on the data centre roof

If you imagine a data centre to be a huge building that sticks out like a sore thumb, think again. They can sometimes be located right where you wouldn’t expect, take the Interxion facility in London as an example: 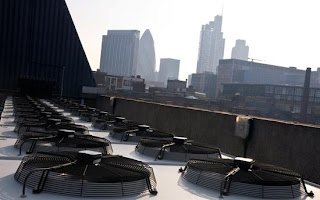 Right in the heart of London, cooling fans on top of their London data centre
Those of you familiar with the London skyline will recognise the close proximity of the Gherkin building, demonstrating the proximity of the London financial district. Believe it or not, the close proximity of this data centre means a better service to Interxion’s finance customers. Many of these customers work on sub-millisecond trading where a fraction of a second can make a real difference to their bottom line.
Stepping Inside: Data Centre Security
Moving inside, as you’d imagine, security is tight. You can’t just stroll into an Interxion data centre. There are many security measures in place (some of which we can’t talk about), including CCTV, biometric scanners and mantraps: 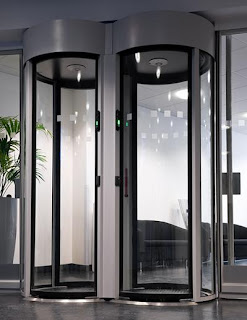 Secure mantraps meet you as you enter the data centre
Where Does All the Power Come From?

Suffice to say, power is critical to a data centre. Without sufficient power, a data centre cannot function, and Interxion understand this by guaranteeing 99.999% uptime: 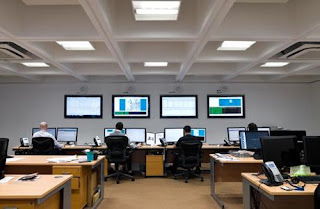 Interxion ECSC Data Centre Support
The sheer power and scale of a data centre is pretty hard to comprehend. We can’t go into exact details, unfortunately, but the following images may help give some context to the amount of power they require: 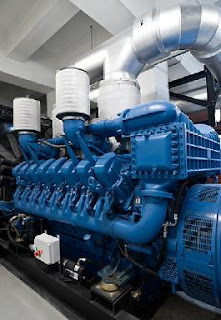 Backup diesel generator in a data centre
The backup generator above is key to the smooth running of the data centre. Should power be lost – in a storm, for example – it is the job of this backup generator to kick in and keep the centre running. Fortunately, this backup generator hasn’t been needed yet. But with a large number of Interxion’s London customers being in the finance sector, a short period of downtime could translate into losses in the millions. But don’t worry, the generator above is there to be a safe fallback, along with five others – just in case.
Power from the outside world is channelled into the data centre via a transformer switch room, which is made up of busbars, switchboards and breakers: 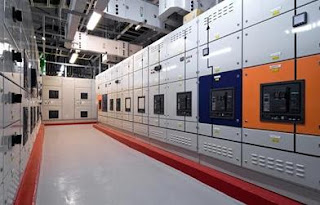 Transformer Switch Powering a Data Centre
Connecting Everything Together
As with power and security, connectivity is essential to a data centre: 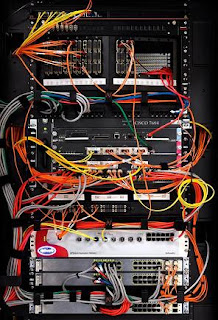 Backbone Network Cables
In the Interxion data centre in London, servers are located together within racks. The image below shows yellow strips that contain cables which connect to the outside world: 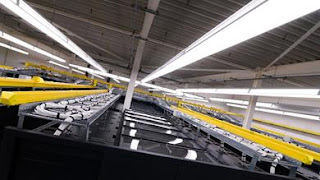 The cables are kept in tidy rows so they do not impede circulation
Looking at the bigger picture, there are hundreds of server racks within any one room of a data centre. Some customers will wish to connect directly to each other to help with faster connectivity; some will also have their own private rooms containing just their own cabinets and servers.
The picture below shows us the configuration of a typical aisle: 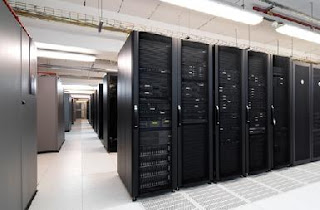 Aisles of Servers
Hopefully these photos have given you a good insight into where the cloud really lives, as well as the scale at which an Interxion data centre operates.
To see more, take a look at the full image gallery on the Interxion website.