Veterans of old-school Virtual Desktop Infrastructure (VDI) are well aware of the poor performance that users must endure. It makes users long for their physical desktops, and users who are located far from a data center have an even worse experience as latency drags productivity down. Fortunately, with the advent of the cloud, it doesn’t have to be this way. With cloud computing,  the “new math” of VDI performance delivers better-than-physical-PC performance. The performance barrier for virtual desktop, app and workstation adoption has finally been defeated!

It’s a widely held belief that physical desktops have the highest performance. But as it turns out, this is a myth. The reality is that physical desktops have significant performance limitations. You can’t place large amounts of compute onto a laptop because it cannot be adequately cooled. Nor can you put very large amounts of compute into a desktop form factor because the fans required to cool the desktop would be too loud. You can use liquid-cooled workstations, but they are super expensive. And even with liquid-cooled workstations, there are limits to how much compute power you can squeeze onto a desk.

Legacy VDI brokers are complex, which hurts performance. But to make matters worse, on-premises VDI is also notoriously costly, and that means most organizations centralize their VDI deployments to one of two data centers. When there are so few data centers, many users could be located far from those sites and therefore have high-latency connections to their desktops. Because VDI desktop performance degrades even further with higher latency, those users will likely experience poor performance.

Today you have instant access to literally dozens of data centers – basically, every region that Microsoft Azure, Amazon Web Services, and Google have to offer. What if you were able to locate your virtual desktops not in just one or two data centers, but in any of the dozens of sites available in the public cloud? If you could do that, most users would end up in very close proximity to their virtual desktop, and that would change everything about their experience. By locating the desktop in the cloud region closest to an end user, you can reduce latency to below 50 milliseconds in most cases. Since users are very close to their virtual desktops, application responsiveness is dramatically better!  But achieving better-than-PC performance is not only about proximity; it also requires getting two more variables right.

The Equation for Better Than PC Performance

When it comes to the new math of VDI performance, there are three things you need to get right to produce the best performance: Select an enterprise-ready, cloud-native VDI architecture, select the cloud infrastructure provider you trust, such as Microsoft Azure, and make sure your virtual desktops are placed in the cloud region closest to your users.

With the right cloud-native VDI solution, there are capabilities inherent to the architecture’s simplicity that make exceptional performance possible. When you couple this with the compute power of data center-class hardware offered by the major cloud players and the low latency that comes with close proximity to desktops, what happens? Performance becomes so impressive that organizations can make even the most demanding CAD engineers happy. They can actually replace $10,000 liquid-cooled workstations with cloud GPU workstations. Their power users can run 3D CAD applications such as Autodesk Revit on three monitors and get better-than physical-workstation performance. They can instantly spin up Windows 10 desktops and GPU workstations for employees and contractors in any Azure region in the world. It means that geography is no longer a factor in hiring the best talent, and the ability to pursue new opportunities is limitless because all your users have the freedom to use their virtual desktops and workstations from anywhere – home, office or job site. With this kind of agility, the possibilities for organization growth in any industry is very exciting.

The Era of the Desktop Cloud

When it is possible to have performance that beats that of a physical desktop, it’s time to reconsider your virtual desktop strategy. And as IT teams try to keep up with the regular cadence of Windows 10 updates coming at them, the notion of evergreen cloud PCs makes even more sense, because of how easy it is to stay up to date. In the era of the Desktop Cloud, you should not only expect simplified technology, you should also enjoy a new level of commitment to your success. Look for a partner who can prove the value of their cloud desktop solution to you upfront and who puts customer success first. You should expect to deploy your cloud desktops in a day or so. Ask your cloud desktop partner about free deployment services, flat-rate consistent monthly fees, and free support. The right cloud-native VDI solution, a choice of dozens of cloud data centers available to you with just a few clicks, and a customer success program that’s all about you is the right equation for greater productivity, simplified IT infrastructure and dramatically lower IT costs. 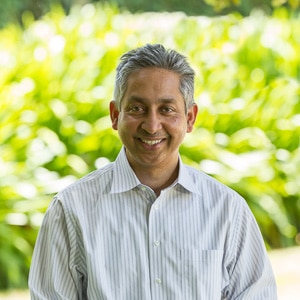 Amitabh Sinha has more than 20 years of experience in enterprise software, end-user computing, mobile, and database software. Amitabh co-founded Workspot with Puneet Chawla and Ty Wang in August 2012. Prior to Workspot, Amitabh was the general manager for enterprise desktops and Apps at Citrix Systems. In his five years at Citrix, Amitabh was vice president of product management for XenDesktop and vice president of engineering for the Advanced Solutions Group. Amitabh has a Ph.D. in computer science from the University of Illinois, Urbana-Champaign.