This is Cloud Hosting’s Moment: No Longer Any Reason to be Up in the Air 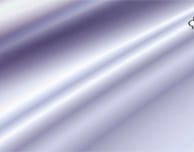 By Adam Stern, founder and CEO of Infinitely Virtual

As a group, small businesses tend to be wired for DIY.  Self-reliance runs deep, which is why many small to midsize businesses (SMBs) still manage their own servers.  That said, the times, they are a-changin’ and, increasingly, SMBs are looking to migrate hardware and applications to the cloud.  While some small businesses are likely to continue buying hardware, look for the pace of cloud migration to accelerate as more and more business applications find life in the cloud hospitable – that is to say, safe, secure and cost-effective.

What’s behind the decision to remain with an in-house solution or embrace cloud server hosting?  An organization reaches that fork in the road because it has pushed its servers to the end of their useful lives and now need to do something about it.  The prospect of beginning the hardware acquisition/depreciation cycle is, for some, just too dispiriting to contemplate.

They’ve heard the benefits of cloud server hosting:  flexibility, cost savings, 24x7x365 access wherever they or their employees are.  They might have heard that SMBs who adopt cloud technologies tend to enjoy higher revenues.  They’ve may have even read that some SMBs are losing money as a result of ineffective IT management, and that they could avoid that fate by embracing Infrastructure-as-a-Service (IaaS), using a cloud server.

These days, the apps have it.

For some companies — startups, boutique operations, virtual organizations or those with employees dispersed around the globe – there seems to be little question that a cloud based-environment is the way to go.  The same goes for companies with high internal IT costs or those requiring more compute power.

And, with the emergence of the trend toward BYOD (bring-your-own-device), these SMBs are wise to consider that their employees use mobile apps on their smartphone and rely on cloud data to make them more productive.  These applications simply didn’t exist a few years ago, and their growth and benefits are undeniable.

But for the majority of SMBs considering a move to the cloud, the answer isn’t always so straightforward.  Smart owners and managers of SMBs who have existing applications running on old servers must weigh their options.  In most cases, the final decision is a financial one.  While IaaS providers don’t offer identical services at a uniform cost, most SMBs can query various providers to determine the average cost per month per user to move their existing applications to IaaS.

At that point, they must do the numbers and compare the cost of moving to the cloud versus buying new hardware plus the associated costs of internal IT and maintenance.  Before investing in new equipment, they must determine the length of time need to achieve ROI on those servers – and compare that to the monthly cost of cloud server hosting.

Increasingly, the numbers favor of the cloud — and numbers are just part of the equation.  Savvy SMBs are recognizing that their incumbent (that is, not-yet-virtualized) applications will become obsolete all too soon.  And when that day arrives, their best option may well be to migrate not only their hardware but their applications to the cloud as well.

The rise of the IaaS environment could well be said to represent another kind of climate change.