The Potential of IoT is Massive, Yet Relatively Untapped Due to Challenges with Data 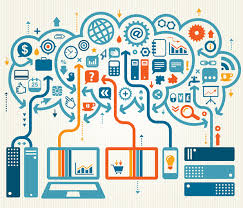 The intersection of IoT and Big Data is a fascinating area of innovation with tremendous scope for business impact. From industrial sensors to vehicles to health monitors, a huge variety of devices connect to the Internet and share information. At the same time, the cost to store data has dropped dramatically while capabilities for analysis have made huge leaps forward.

On March 2nd, ParStream partnered with Dimensional Research to release the findings of a global industry survey titled, Internet of Things Meets Big Data and Analytics. According to the independent, global survey, IoT is a major corporate priority across multiple verticals, but 96% of survey participants have faced notable challenges in implementing projects. Most companies identified the access and analysis of data as a key challenge and only 8% of the participants are fully capturing and analyzing IoT data in a timely fashion. Most companies clearly see the value of IoT data, as 86% of participants stated that improved analytics could significantly improve the ROI of their IoT investments.

Key findings from the report include:

IoT projects vary widely, but all have challenges.

IoT is not delivering full potential because of data challenges.

“The intersection of IoT and Big Data is creating tremendous business opportunity, but the reality of today’s projects is that this potential has yet to be fully tapped,” said Diane Hagglund, principal at Dimensional Research. “The research goal was to understand the experience and impact, from the IoT stakeholder point of view, of using the data generated by the devices that make up the Internet of Things.”

An infographic of the survey is also available at: http://bit.ly/1E74Foi

Survey methodology: In January 2015, business and technology professionals responsible for IoT projects were invited to participate in an online survey topic of leveraging data captured by the devices that make up the Internet of Things. Participants were asked a series of questions about their role in IoT projects, as well as business goals, challenges and use of data.