The Arguments Every OpenStack User Must Make 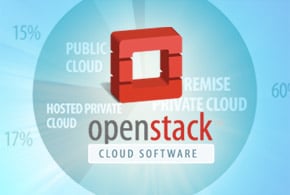 For some time now, critics have suggested that OpenStack may offer lower total cost of ownership, but fails to deliver on agility and uptime compared to other cloud solutions.

A recent story on ReadWrite quoted industry insiders who suggested OpenStack is merely a way to “fool” senior management into believing that a company has moved to cloud computing. TechRepublic, meanwhile, stated that OpenStack remains too complex to offer real opportunities for innovation.

Sam Charrington, a cloud computing analyst and founder of St. Louis-based CloudPulse Strategies, was asked by Bright Computing how he would respond to these criticisms of OpenStack if he were making the business case.

This interview has been edited and condensed for clarity.

Bright Computing: Why should organizations think about using OpenStack?

BC: How can you calculate return on investment (ROI) on an OpenStack implementation more accurately?

SC: Both private and public clouds should be looked at for transformation, including team, business, and industry transformation. That is the true opportunity. Not everyone, however, sees it as this. If you dramatically shift the way business is done, deliver capabilities faster, or do things that you couldn’t do otherwise, it is a softer ROI than being able to replace a bunch of VMware licenses with OpenStack. So you can get too focused on ROI and just look at cost savings, but that could mean you are missing out on more innovation and limiting your options for bigger wins down the road.

BC: What are some of the most common OpenStack implementation challenges?

SC: The issue is that ease of use continues to get in the way of OpenStack adoption – it is harder to get started than many people would like, and as the platform grows with adding new projects, it is also not getting any easier. Having multiple choices for storage and networking makes it harder to install, but this also creates a lot of flexibility and power too.

BC: Where is OpenStack weakest when compared to AWS or VMware?

SC: They are very different beasts. OpenStack is more of a private cloud to date, but as more hosted implementations happen on OpenStack, they could be more comparable. The strength of an OpenStack-based public cloud is portability, and in using its APIs in multiple places. There really are limited on-premise options with AWS, while with OpenStack you have options. Also, the AWS API is supported by a lot of tools because of its market presence and it is a lot more mature. VMware hasn’t been successful in building its own public clouds and to make things more portable to date.

BC: Where do you stand in terms of the debate on public vs. private clouds?

SC: The typical enterprise is experimenting with both technologies. There still is a lot of confusion between virtualized environments and private clouds. And IT managers need to understand the degree of automation that is behind private clouds, such as provisioning, scaling, and management features.

BC: If you aren’t an Internet-native corporation like Facebook or Google, is there still a role that OpenStack can play?

SC: Yes, but it isn’t because of your question’s implication. I tend to think of OpenStack as a more commercially acceptable version of what Google and Facebook are building for themselves. These companies have their own internal management platforms and put a lot of time and effort into things that aren’t really applicable for most enterprises.

OpenStack tries to help enterprises that can’t build these tools and tries to replicate some of the elements in these platforms. We are starting to see enterprises look more carefully at continuous development, (although) there is a lot of waterfalldevelopment still being done. More of them are trying to transition to DevOps, but it requires a culture change that is significant. The big benefit here is to enable a higher degree of agility, and that makes them useful for enterprises that want to do this.

David Strom writes for ITWorld.com, TechTarget, Network World, and many other publications. He lives in St. Louis, Mo.