Preparing for the Future of Blockchain in Data Centers 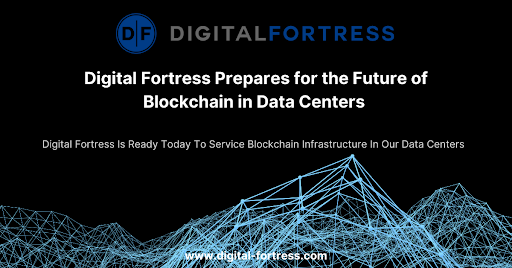 There have been many stages in history where technological advancements have completely and utterly changed how we live our lives and the opportunities we have access to as ordinary people. In the modern age, we have already built the infrastructure to move great distances at high speeds. The new frontier is in the digital space, and the new ideas here will be the impetus to move us forward. One such advancement came with the innovation of bitcoin and other cryptocurrencies as well as the infrastructure and software layers they run on such as blockchain.

Blockchain technology is in use everywhere today and if often not even seen. Some of the many applications for blockchain include, Smart Contracts, Decentralized Finance (DeFi) , decentralized applications (dApps) and Central Bank Digital Currencies (CBDC), but there are many more and the possibilities are growing and expanding all the time.

How Does the Blockchain Work?

A true revolutionary modern technology, blockchain creates a decentralized record of each transaction or block on the ledger (or the chain), which is sent to multiple locations with computers to create a verification system. Because the blockchain system works this way, two things happen as a result. Not only does blockchain increase access to transparent data on the internet, but it also serves as a form of cybersecurity. The decentralized nature of a blockchain means that a hacker or bad actor would find it extremely difficult to manipulate the data unless they controlled more than 51% of the entire network, something that is increasingly difficult to do. A “false” change in one log will make it invalid when checked against the millions of other copies stored elsewhere around the world.

Creating blocks on the chain can be resource-intensive, but in the world today, cybersecurity and network integrity are paramount. This aspect is why many large companies are funding work on blockchain applications outside the cryptocurrency market. Equally as the resource intensive “proof of work” blockchains move towards “proof of stake” systems, as Ethereum is doing, the technology is becoming carbon neutral to carbon negative. Key to the success of both systems though relies on secure, reliable, and consistent connectivity, power, and other related services as offered today in the data center industry.

The idea is that this investment in blockchain technology will create systems in the future in which blockchains could be used for cloud services as the user base and usage per user increase. This will change the digital infrastructure of data centers which are now used as hosting services for cloud-based systems.