The Next Wave of SMB SaaS 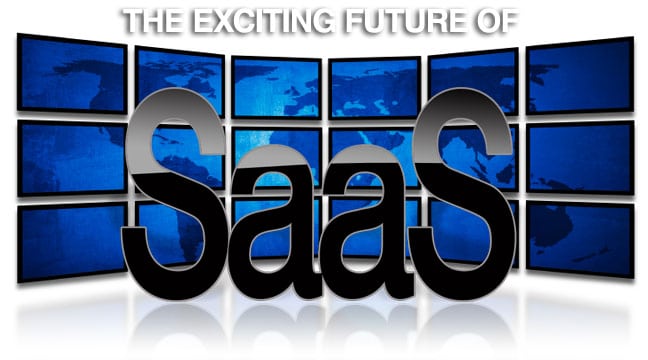 If you look at the SaaS companies that have IPO’d to date, you’ll see one common theme:  almost all sell to Large Enterprises, either almost entirely (Veeva, Workday), mainly (Salesforce, Cornerstone), or in large part (Box, coming).

It just makes sense.  The reason isn’t just because Large Enterprises have more money.  In fact, as a group, they don’t.  As a group, small businesses spend far more that the Fortune 500.  And there are, of course, far more of them.

No, there are three simple reasons SaaS IPOs to date are all centered around Large Enterprise Customers:

And it’s even “easier” than that.  When I was a Corporate VP at a Fortune 500 Tech Company, I couldn’t get $5 a month to expense a DropBox or Evernote account.  That would require way too much work, too many corporate approvals.  And the last thing I wanted was hundreds of rogue employees expensing tons of applications on their own.  Huge administrative headache for me as a Corporate VP, with no personal gain.

But $250k a year for say CIO-approved Box instead?  Not a problem if it solved a large problem for me.  Because as a corporate VP, you have a large albeit fixed budget to solve big problems.  The reason is people.  In a Big Co, you can’t get anyone to build anything, and even if they do, it takes 2-3 people 18 months.  On a fully burdened basis, that’s $500,000 right there.

So as a Large Enterprise Corporate VP, you have to have a budget to solve big problems (e.g., Billing, CRM, ERP, Content Management, Talent, etc.) because it’s far cheaper and more effective than any attempt to tackle them in-house.

Beyond that, so far, it’s been easier to sell to the Large Enterprise because They Have a Person.  Be it someone in the CIO’s office leading technology innovation, or a Director of Operations or Technology looking to bring the best solutions and tools in-house, there is always someone.  Someone dedicated to looking for and implementing the next set of productivity apps.  Versus nobody in a 50-person company.  Nobody in a 50-person company is 100%, or even 10%, dedicated to bring innovation into the company.

So let’s compare the Enterprise buyers above that to your average SMB today:

But finally, it’s changing.  SMBs are not early adopters, at least not of solutions (vs. tools).  Getting a small business to decided to pay $300 a month for your web service is not a light decision, unless it’s just automating functions they already pay for (e.g., Zenefits, Xero, Freshbooks, etc.).

What I’ve seen over the past 10 months or so is over a dozen truly world-class next-generation SaaS start-ups that have, finally, convinced small businesses in specific verticals to pay $300 a month or more for a true solution to truly run their small enterprise on.  Not just a tool.  But, the app they are in 8-10 times a day, in the office, on the road, wherever.  The app that runs on a flatscreen on the shop floor, all day long, for everyone to see, everyone to use.

Now the math gets interesting:

The Rise of the SMB SaaS Solution.

So what are my learnings, what’s actionable for you?

1-/  If you selling to SMBs, maybe, don’t get trapped in the middle.  $30 a month is stuck between a tool and a solution.  Think about how to make your app indispensible, all day long.  Something that will seem cheap at $300 a month.  By being the system of record, the core business process engine, of your customers.

3-/  Start to Get Paranoid About the Competition.  The flip side of SMB’s being slow to adopt true solutions is that the competition hasn’t been that fierce.  Many of these SMB solutions that are getting to seven figure run rates … aren’t that great, from a software perspective.  They’re good enough.  They solve the problem.  But they aren’t great.  That may be OK.  Because many of these apps are really competing with paper, Excel and email.

But if you’re starting from scratch today, you’re going to have to be truly world class.  A few years ago, maybe not.  You can’t do an SMB vertical (or otherwise) solution today that isn’t great.  As the markets grow, as the numbers increase, the competition increases in number and quality.