How Will Driverless Vehicles Impact The Big Data Industry? 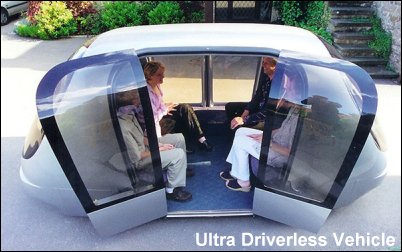 Assuming you’ve been keeping up with tech news, you’ve probably already heard the news about Tesla – namely that by Summer 2015, the company will have made driverless cars a reality. The announcement was surprisingly casual; a footnote in a press conference on a software update for Tesla vehicles designed to eliminate range anxiety. At the end of that conference, CEO Elon Musk casually mentioned that all Tesla vehicles will be receiving an “autopilot” update in June.

Naturally, the media exploded at the news. This wasn’t some far-off prototype; some government experiment designed for military vehicle. This was a consumer car available to everyone; a vehicle that anyone with the requisite funds can go and purchase for themselves.

Things only got more exciting as Mashable referenced back to an interview with Google X’s Astro Teller, who revealed that – had the company not chosen to build a driverless vehicle from the ground up – they could have put self-driving cars on freeways as early as 2012.

In other words, this is definitely happening. Self-driving cars are a reality, and the streets are going to be safer for it. That said…I’d advise against getting too excited about it just yet.

The reason for that is simple: technology simple hasn’t evolved to the point that it’s capable of managing the overwhelming influx that data centers are going to experience as a result of self-driving vehicles. We’re having enough trouble adapting to big data as it is; driverless cars are a whole new ballgame – the Internet of Things turned up to eleven, if you will.  This means that, for the foreseeable future, data center bottlenecks are going to more or less ensure that driverless cars are only going to be available to a select few.

The rest of us are just going to have to wait.

Data overload isn’t the only roadblock that needs to be overcome by driverless cars. According to IDC product lifecycle strategies program manager Sheila Brennen, even the notion that we might see self-driving cars hit the streets by 2025 is a stretch – let alone this year. The reason is tied as much to privacy as tech.

“I think there are a lot of regulators and a lot of privacy and security issues that need to be overcome prior to that; a lot of interoperability that needs to be overcome,”explained Brennen, who feels driverless cars won’t become widespread until 2040. “And the automotive industry moves very slowly in many senses.”

The data gathered by driverless cars has the potential to be extremely valuable in the right hands, says Brennen. Unfortunately, gathering that data – and keeping it secure – represents a significant challenge.

“Some manufacturers have already established direct communication regarding privacy and the use of data generated  by autonomous cars,” she continued. “One manufacturer asked a driver to sign a waiver granting them permission to use the cars data – where it went, how fast it was traveling, how well the car’s parts were operating and so on.” Her expectation is that automakers are going to be handing large stacks of paperwork to people who purchase autonomous vehicles.

How consumers respond to that is up in the air – those less sensitive to privacy concerns as a result of social media might embrace the idea, while others could put forth substantial opposition.

“I think that we might have to get really innovative in the space,” Brennan said. “So it might come down to the consumer saying ‘we want one third-party company that we give permission to our data, and then on a case-by-case basis we decide who gets access to it.”

On the technical side of things, let me hit you with a little statistic: as of 2013, the number of cars worldwide has surpassed 1 billion. Can you imagine if even half of those vehicles – if even a quarter of them – were self-driving cars? Can you imagine the data infrastructure that would be necessary to collect the information they produce; the processing power that would be required to help them do their jobs?

It isn’t just cars, either. As intelligent automotives begin to catch on, companies associated with transportation are looking for other ways to make the road safer. That includes such things as roadside sensor networks that detect objects crossing the road, street lamps with traffic detection built in, traffic lights that change their timing based on traffic congestion; the list goes on and on.

Again, all of that stuff is producing terabytes upon terabytes of potentially invaluable data – information that businesses are no doubt going to want to tap out in.

The idea that we’re going to have driverless cars available to the consumer by Summer 2015 is an attractive one, for sure. But don’t expect those vehicles to become widespread until much further down the line. We simply don’t have the infrastructure in place to support scores of these vehicles hitting the road. Tesla’s cars will work because they’re only going to be available to a select portion of the public – those who can afford them.

For all the rest of us?

We’ll just have to wait for technology to catch up.