What Every CEO Needs to Know About the Cloud 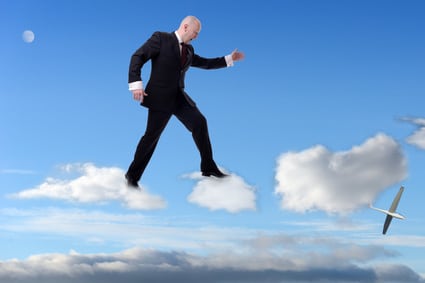 – Andrew McAfee, principal research scientist at the Center for Digital Business in the MIT Sloan School of Management. says:

In 2010 an IBM survey of more than 1,500 CEOs worldwide revealed a troubling gap: Close to 80% of them believed their environment would grow much more complex in the coming years, but fewer than half thought their companies were well equipped to deal with this shift. The survey team called it “the largest leadership challenge identified in eight years of research.”

Unfortunately, the information technology infrastructure at many large companies only makes this challenge more difficult. Their technology environments actually impede their ability to sense change and respond quickly. While there is no simple fix for this problem, help is at hand in the form of cloud computing, a new suite of digital tools and approaches.

Cloud computing is a sharp departure from the status quo. Today most companies own their software and hardware and keep them “on premise” in data centers and other specialized facilities. With cloud computing, in contrast, companies lease their digital assets, and their employees don’t know the location of the computers, data centers, applications, and databases that they’re using. These resources are just “in the cloud” somewhere.

To advocates of cloud computing, that’s the whole point. Customers don’t have to concern themselves with details; they just rent what they need from the cloud. (For a more detailed explanation, see the sidebar “What Is the Cloud?”)

What Is the Cloud?

How important is cloud computing? I would argue that it’s a sea change—a deep and permanent shift in how computing power is generated and consumed. It’s as inevitable and irreversible as the shift from steam to electric power in manufacturing, which was gaining momentum in America about a century ago. And just as that transition brought many benefits and opened up new possibilities to factory owners, so too will the cloud confer advantages on its adopters.

At present, there’s a lot of uncertainty and skepticism around the cloud, particularly among technology professionals who have deep expertise with, or attachment to, on-premise computing. Companies shouldn’t give such people too much influence over plans to move into the cloud; that would be like putting the crew that ran the boiler and steam turbine in charge of electrifying a factory. The CEO and other senior business executives need to take responsibility for bringing their organizations into the era of cloud computing.

When I talk to executives about the cloud, three questions always come up: Why will the cloud be a big deal beyond the IT department? What are the main concerns and areas of skepticism, and how valid are they? And how should we get started? In this article I’ll address those questions. I’ll explain the cloud and its benefits, highlight how perceived barriers and other concerns will keep many companies from taking full advantage of it, discuss the implications of various responses, and recommend actions.

The Benefits of the Cloud

Some people maintain that there’s nothing magic about the cloud—that anything it can do, on-premise approaches can also accomplish. That argument is correct in theory, at least for large companies that can afford comprehensive enterprise software and top IT talent. Such companies can buy or build software for collaboration or analytics—or anything else—and install it in their own data centers. They can enable these applications for different devices—desktops, laptops, tablets, and smartphones—and make them accessible to employees at home and on the road via web browsers. They can also open this infrastructure to people outside the organization, such as contractors, suppliers, and joint venture partners.