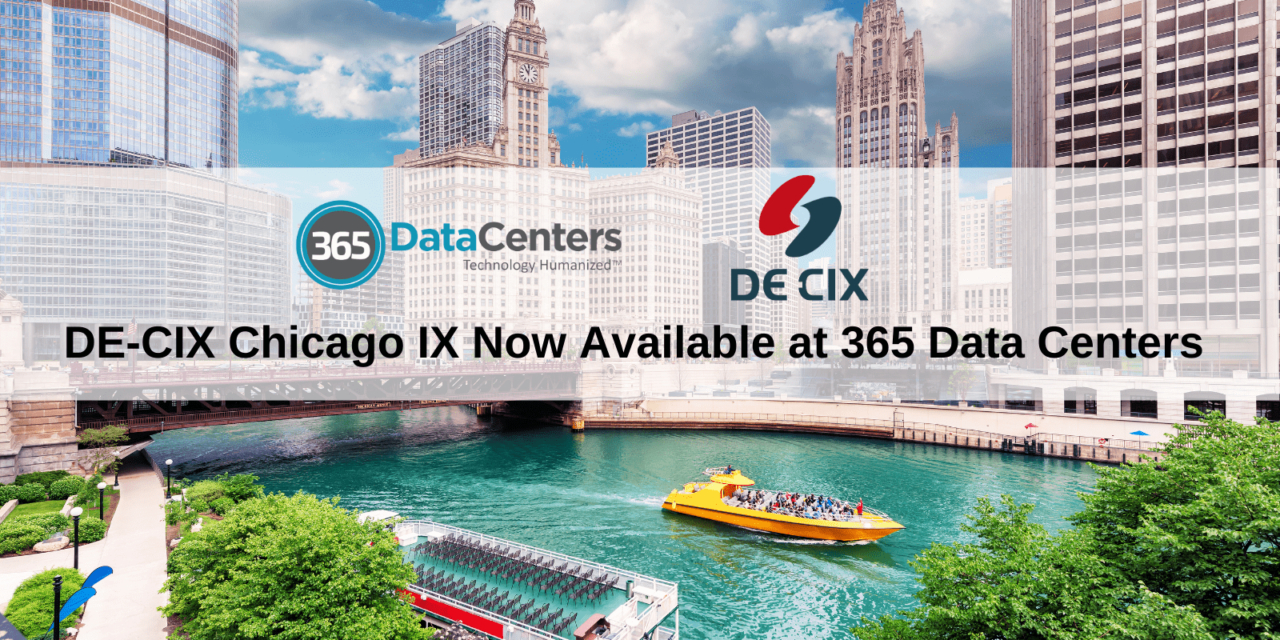 Chicago, one of the most interconnected cities in the world has now gotten even more connected. DE-CIX, the operator of the world’s largest carrier and data center neutral Internet Exchange (IX) announced in December 2020 it has extended its platform and capabilities to the Windy City. Known for its multiple access sites, redundant switch locations and metro area ring design, DE-CIX entered a new partnership with 365 Data Centers setting its switch in their facility at 427. S. LaSalle.

In a press release issued by the company in January 2021, DE-CIX Chicago’s IX is now available at 365 Data Centers, forming both a new data center partnership within the company’s global portfolio, and adding Internet Exchange capabilities to 365 Data Centers’ facility for its customers for the first time.