CloudStack, losing to OpenStack, takes its ball and goes home 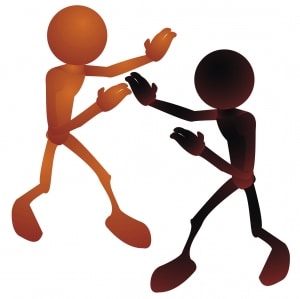 Remember the playground when you where a kid? Picture a spirited round of basketball, and you’re getting the better of a friend. You’re 10 points ahead when, in frustration, your friends leaves in a huff. Or in the words of Cartman from “South Park”: “Screw you guys, I’m going home.” The tech sector behaves very much like that as cloud computing begins to settle on its winners and losers.

For example, in what appears to be a huge disruption, some key Citrix cloud executives (including General Manager Sameer Dholakia) have left the company, and company veteran Klaus Oestermann will lead a newly formed cloud group.

Citrix made a change last week when it combined its Cloud Platforms Group and Cloud Networking team into a single unit under the Networking, Cloud & Service Provider Group (NCSP). The company says newly combined group will “optimize” Citrix cloud and networking delivery infrastructure for enterprise and service provider customers.

When Citrix bought Cloud.com in 2011, it became the primary sponsor of CloudStack before turning it over to the Apache Foundation for management as a true open source technology. However, Citrix still sells a commercial version of the cloud framework.

CloudStack is a clear alternative to OpenStack, which has won the market for open source cloud platforms. Of course, “won” is a relative term: OpenStack adoption remains low in a market largelydominated by commercial public cloud providers such as Microsoft, Google, and Amazon Web Services, none of which is pushing either OpenStack or CloudStack. But at least OpenStack has the support of Hewlett-Packard, IBM, and Red Hat — by contrast, CloudStack has been left out in the cloud computing cold.

I doubt Citrix will let CloudStack die. However, it will likely go off in another strategic direction, no longer trying to compete with OpenStack or the proprietary cloud offerings. Citrix is taking its CloudStack ball and going home.