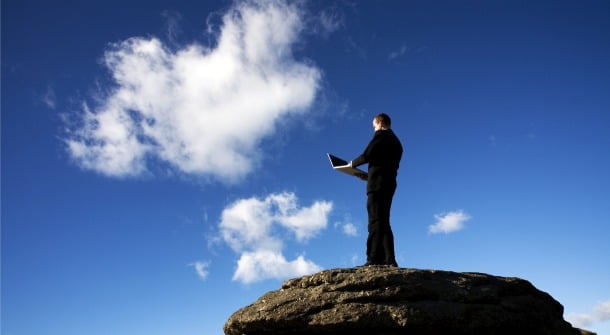 The cloud computing track at Apps World Europe yesterday threw up a series of interesting case studies, opinions and analysis.

John Finch, CIO of the Bank of England, spoke in the keynote session and revealed the bank’s use of cloud technologies only extended to the public-facing front end; John Pillar, CTO of Discover & Deliver spoke of a huge cloud-based IT project at former employer Marks & Spencer, and a morning panel session examined SLAs and mobile cloud best practice.

Matthew Finnie, CTO of virtual data centre provider Interoute, spoke in the panel session. Debates around SLAs and compliance came up because of what Finch, the previous speaker, had discussed – yet Finnie admitted if he were CIO of the country’s central bank, he’d be reticent to take any chances at all.

“Their risk profile is so extreme,” he tells CloudTech. “There’s just downsides, there’s no real upsides. Who are you competing against? There’s no market dynamic.”

There were a couple of best practice tips which emerged from the sessions. The questions one asks on data and compliance are the same from five years ago, so there’s no excuse for missing it off. Where’s the exact address of my data going to be? Who’s going to be able to access it?

Above all though, Finnie noted, bringing up the age old SLA debate – which the Interoute CTO observed is far more to do with statistics than technology – highlights an issue of firms expecting as good as or better performance if they move to the cloud from a static data centre.

“We’ve seen it,” he notes. “Customers move out of a single data centre and then into the cloud and say [they] want to get the same availability…and oftentimes they do.”

“The question then becomes – why don’t you try and maximise? You’ve got multiple options. When you move into a distributed computing model, you’ve got a lot more options in terms of how you can architect it, if the application lets you, as opposed to the traditional data centre where your options are fewer and possibly more expensive.

“Even though they say [they’re] moving onto cloud, they’re mentally thinking about a silo type model,” he adds.

In the afternoon session, Discover & Deliver CTO Pillar examined a Christmas campaign Marks & Spencer had run last year to name the dog which had starred in its big advert. The retailer’s IT department, with the surge of social media voting, was expected to cater for upwards of 97% of the UK population in five minutes. The firm had to enlist help from Microsoft to hammer the site enough to test those figures.

As it was entirely cloud-based, however, it wasn’t as much of a problem for the infrastructure folks. There was a “small bottleneck”, but it was quickly fixed. “As all the environments are treated as cloud, and the software was built in a decoupled way, it just scaled out,” Pillar noted.