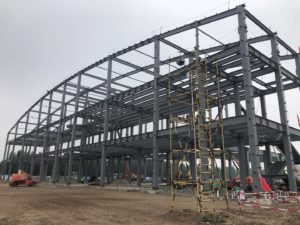 China, a nation of 1.4 billion people, is an enormous market, representing more than 20 percent of the world’s online community. Additionally, China’s major cloud service providers, including Alibaba, Tencent and Baidu, are poised to deliver Artificial Intelligence (AI) applications online, even as the Chinese government has opened the telecom industry to private companies and has launched various initiatives to support the development of AI and IoT-related technologies to boost economic growth.

Against this backdrop, Chayora recently announced it is nearing completion of Phase 1 of its TJ1 Data Centre at its hyperscale campus in Beichen, northern Tianjin.  Chayora’s Tianjin hyperscale data center campus will serve the greater Beijing region that is home to more than 150 million people in the JingJinJi mega-metropolitan area of northern China. The TJ1 build will be completed in September 2018, with customer-bespoke data hall fit out works able to commence in August and live operations beginning in Q1 2019. Simultaneously, foundation works for Phase 2 of the first facility are now underway with the second TJ2 Data Centre build already being planned. The 300MW, 32-hectare / 80-acre campus will ultimately comprise nine major data center facilities.

On June 26, Chayora celebrated reaching the midpoint milestone of its Tianjin hyperscale data center campus at its “Superstructure Launch Ceremony.” The event included a tour of the supply infrastructure, a campus and construction site tour, a series of presentations on the region and the construction project itself, and an update on Chayora’s next milestones towards live operations by year’s end. Attracting considerable interest from customer representatives in attendance, as well as investors, government officials, supply chain partners and media, many noted the significant scale of the Tianjin hyperscale data center campus development and the commitment to the best in international standards.